Safari for two at Ngoma Lodge in Chobe, Botswana 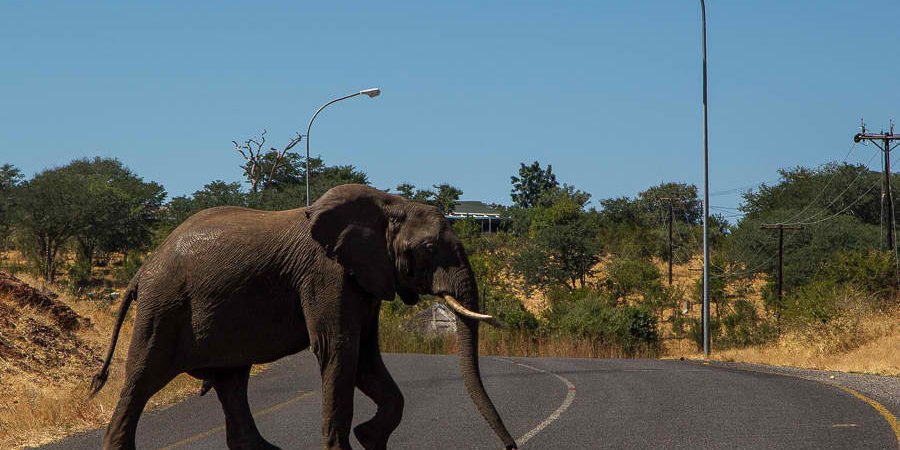 Getting a safari guide to ourselves means we can indulge our interest in plants and stop to watch small creatures like lizards and birds. So we punched the air in triumph when we learnt our early morning drive was going to be a safari for two at Ngoma Lodge in Chobe, Botswana

Ngoma Safari Lodge lies just a couple of kilometres from the Ngoma Gate into the western part of Chobe National Park. Even before we entered the park, we saw two elephants drinking from a leak in a water tank that serves the staff village. Given that the park isn’t fenced, we’ve often seen elephant in the little town of Kasane too, crossing the tar road while traffic comes to a standstill. 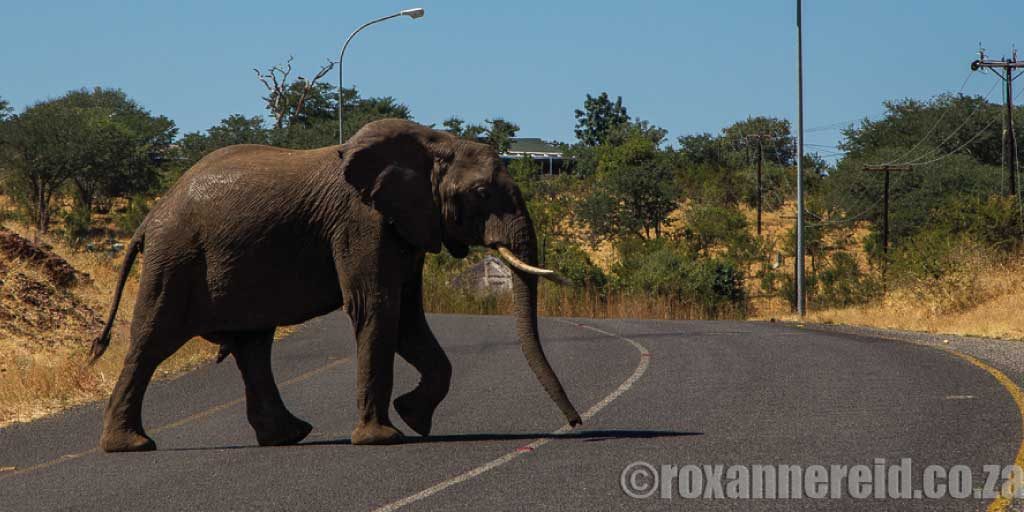 Guide Bevan Machira told us that an elephant killed his grandfather last year. A traditional healer, he’d gone into the forest to collect plants and roots for muti. The tusk went in at his waist and came out at his chest. He was dead when they found him. It brings into perspective that having thousands of elephants in and around Chobe National Park is great for tourism and lovers of wildlife, but not always easy for local people. Occasionally elephants kill people, more often they damage crops.

Elephants also destroy quite a lot of trees,’ said Bevan, a self-confessed lover of trees. ‘They strip the bark and eventually the tree dies. If they stop eating the bark of a baobab, the tree can heal itself over time. But if there’s too much damage it will die.’ 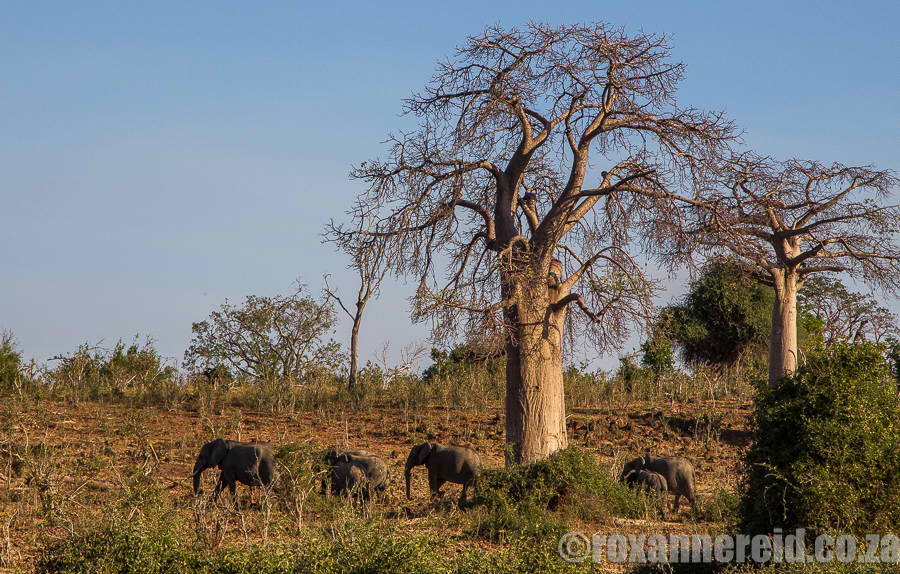 Inside the park the road quickly became a sandy track and Bevan pointed out the area of rumpled sand where a big bull elephant had slept. ‘They like a place at an angle like that,’ he said. ‘They use it for a pillow and it makes it easier for them to get up again.’

Closer to the river we saw holes where elephants had been digging for salts in the clay beneath the Kalahari sand. ‘They like the clay because it has less grit so it doesn’t wear down their teeth,’ he explained. When they’re old and their molars are worn down they often die of starvation.

But the morning wasn’t all about elephants. 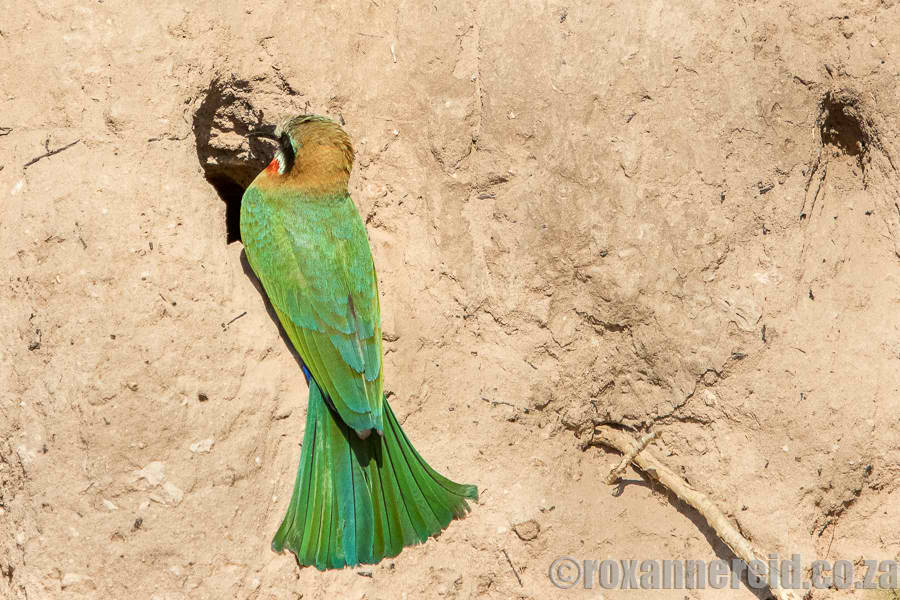 In the distance two men were fishing from a mokoro on the Namibian side of the river. The Chobe River forms the international boundary between Botswana and Namibia, an invisible border flowing down the middle. Fishing isn’t allowed on the Botswana side because this is a national park, but Bevan said sometimes people flout the law. We picked up a two-litre cold drink bottle floating on the edge of the river. At first it just looked like litter, but then we saw it had a short string and a fish hook attached to it. 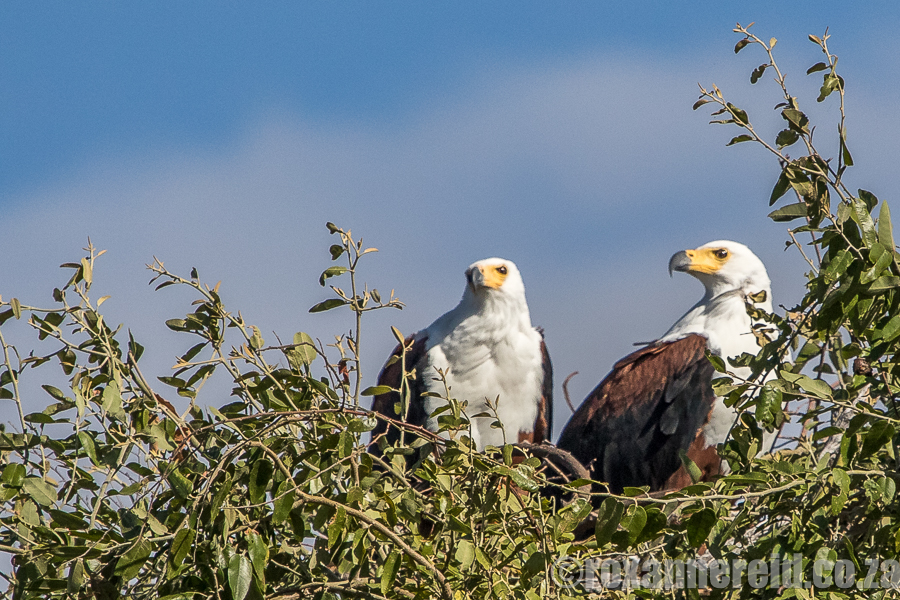 A grey-headed gull shrieked overhead – an incongruous sound so far away from the sea.

There are some 450 species of birds in Chobe and we saw lots of them, including hamerkops and African jacanas mating – not something we’d seen in either species before. Helmeted guineafowl were more interested in clumping together to keep warm in the fresh early morning air. ‘When they do that, that’s when the martial eagle will take them,’ said Bevan. 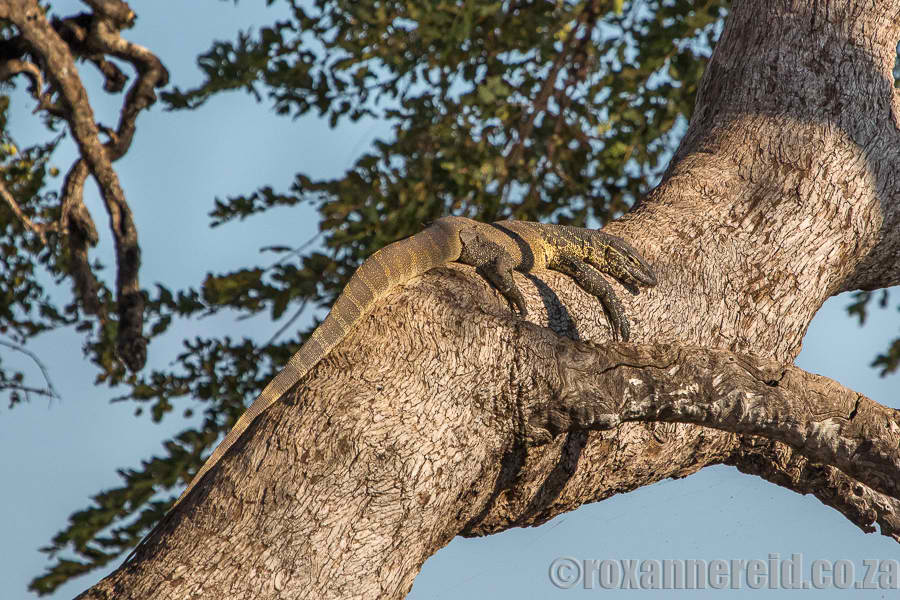 Often when you stop for one thing – a crested francolin with a chick, say – nature shows you something else. Like a water monitor sprawled in a tree or a group of four pied kingfishers hunting for breakfast in a small pool on the edge of the water. 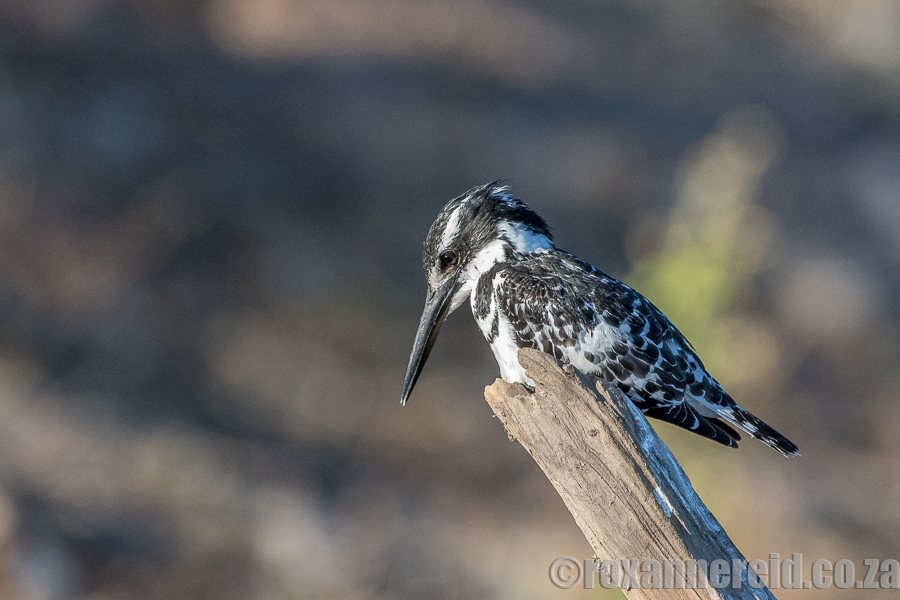 A red-billed hornbill clung to a dead tree trunk as he fed his mate and her chicks inside a hole. Bevan explained how the female strips off all her feathers to make the nest inside the hole before laying her eggs.The male brings mud in his bill to seal her in and keep her safe, leaving just a small slit through which he can feed her and the chicks. When the chicks are ready to fledge, he breaks through the mud and sets them free. Mother hornbill, her feathers now happily re-grown, also returns to the outside world and has to start finding her own food again. 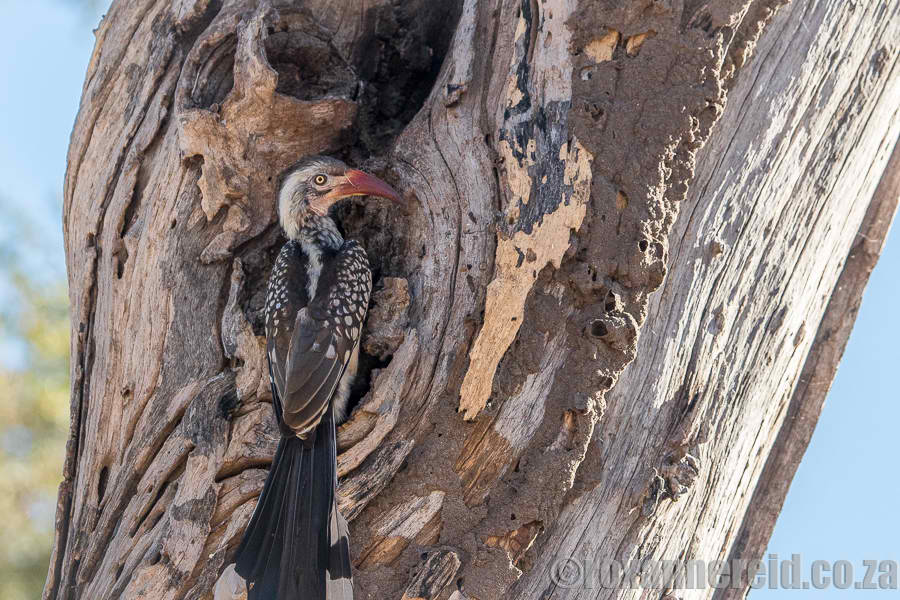 Close encounter with a lion

On the drive back Bevan told us the story of a close encounter he had with a lion when he was working as a chef for a mobile safari company. The guide had taken their guests out for a game drive at Deception Valley in the Central Kalahari Game Reserve, leaving Bevan behind to prepare breakfast.‘I was all alone and a big lion was coming straight towards the camp,’ he said.

There was no vehicle to climb into. No weapon more threatening than a wooden spoon. ‘There was nothing I could do. I just watched it coming.’ 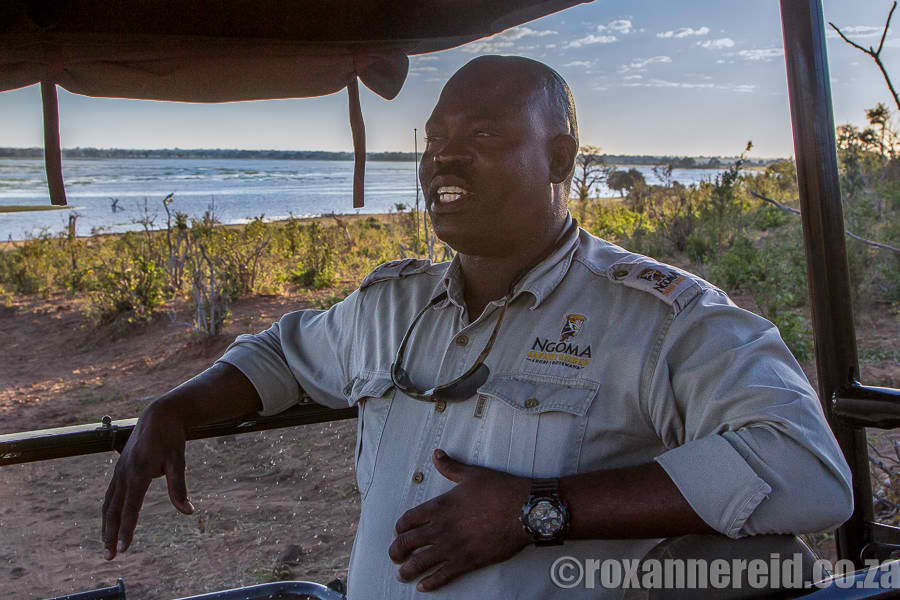 Closer, closer. Out of options, Bevan stood his ground. After what must have seemed like an eternity, the lion decided that chef wasn’t on the day’s menu. It changed course and made a detour around the camp instead. ‘Eh, I was very relieved to see that,’ Bevan laughed.

Whether it’s the nesting ritual of a hornbill or a close personal encounter with a Kalahari lion, safari guides really do have the best stories.

Note: I was a guest of Africa Albida Tourismfor two nights, but the opinions are mine.

Article and Image credits to roxannereid.co.za